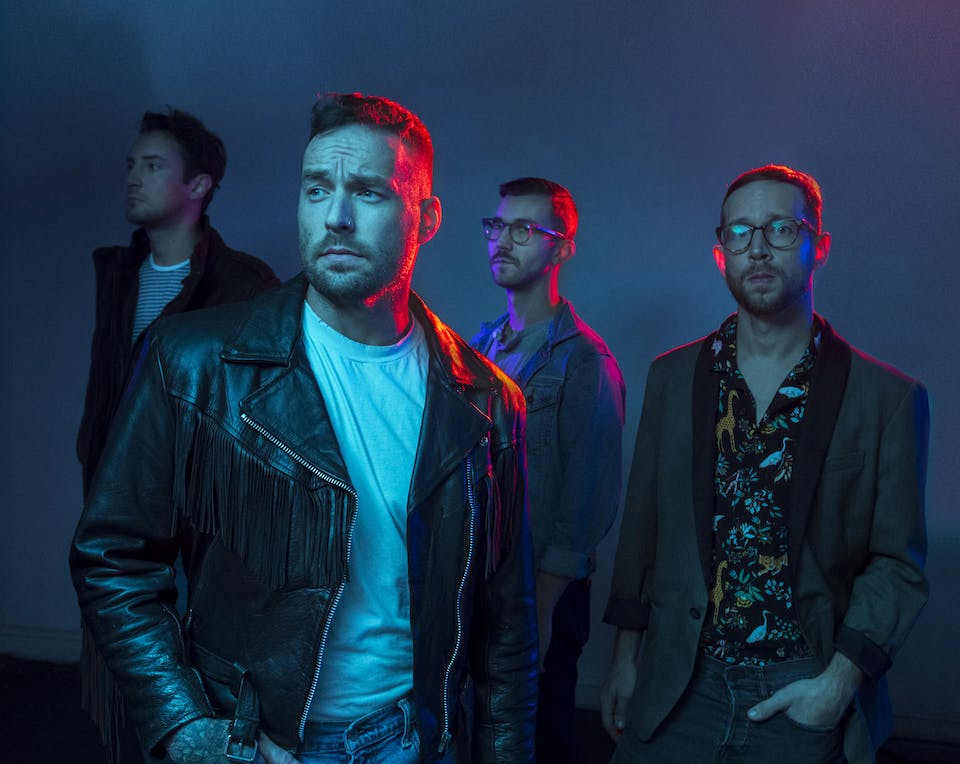 Too Close To Touch, Vaines

All sales are final. Review your order carefully, there are no refunds for any reason. No tickets are mailed to you, your name will be on the will call list night of show. Night of show (1) bring a valid government issued ID and (2) be able to show ticket confirmation at the door. 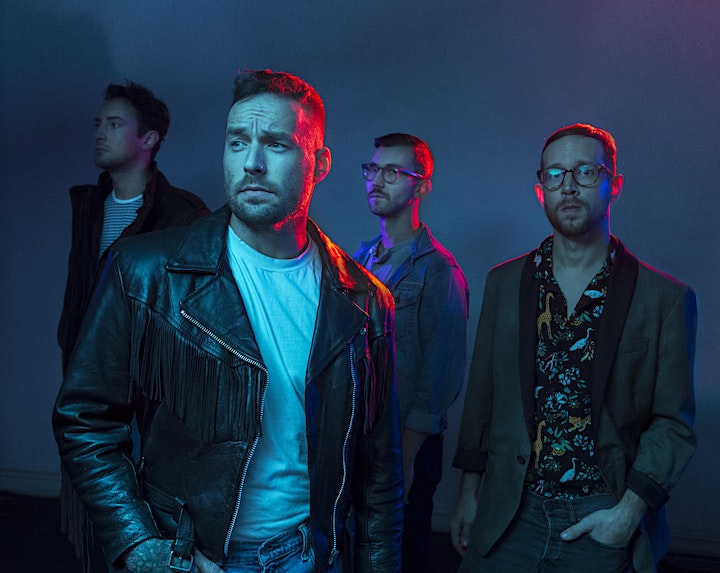 No band wants to write the same album over and over again. And for Emarosa, that means turning the page and and introducing the world to the band’s newest chapter—the one that best represents where they’ve grown and where they’re going. “We’re at that point where we’ve realized that there’s no consequences for making whatever record we want to make,” frontman Bradley Walden explains. “We started writing, and it felt like the book was being thrown out the window. There are no rules.”

Out February 8 on Hopeless Records, Peach Club makes the most of Emarosa’s eclectic influences, marking their sixth studio effort as their most pop-laden and personal album to date. The 11-track record throws it back to the massive pop hits of the ‘80s and the powerhouse artists that ruled ‘90s R&B, which also happens to be where Walden looked to as he penned the album. “I think a lot of it was based on what we were raised listening to,” Walden says. “My mother raised me on female pop and R&B. It was Paula Abdul. It was Michael Jackson. It was Janet. It was even some Shania Twain.” These influences ring true with the opening track and first single, “Givin’ Up,” The 1975-vibing song which revels in glitter-soaked guitar and bursts with orchestral elements that introduces—and cements—the band’s standing in the alt-pop world.

The affecting and undeniably arresting “Don’t Cry” was the first song Emarosa wrote with producer Courtney Ballard (5 Seconds of Summer, Jessie J). Ballard, whose background is rooted in pop, helped guide the band as they united their alt-rock past with their pop-leaning present. “I knew after writing the first song that he’s the one that I wanted to do the record,” Walden says. “He understood where we wanted to go and and where we were ready to depart from.” His pop touch, combined with Walden’s powerhouse vocals and potent songwriting, result in anthem-ready hits that are expertly weaved throughout the record. “So Bad” bursts with boppy bass lines and dance-ready beats, and “Cautious” combines the band’s hooky take on rock and Fickle Friends’ exuberant synth pop.

Even more than the bold sonic shift, though, is the new lyrical perspective Emarosa embraces on Peach Club. While there’s no denying that tracks like “Comfortable” still have shades of heartbreak guised under beautiful melodies, Walden wanted to give this record a change in tone. “I was tired of writing sad records. That’s what I used as my way of dealing with things,” Walden says. “While this record is a lot of realizations and accepting faults, it’s also not all sad. You don’t have to be miserable.” The record’s light-hearted notes shine through with tracks like the stripped-down “xo,” the love song that taps into Walden’s stunning vocals, along with the record’s hidden gem “IW2DWY,” which takes a dreamy, lullaby-esque approach to experimental electro-pop.

As a body of work, Peach Club takes full advantage of Emarosa’s biggest strengths. The band’s familiar and fervent alt-rock energy flows through tracks like the riffy “Help You Out” and explosive “Hell Of It.” And the soul-bearing “Get Back Up” might just be one of the band’s most powerful tracks to date. “That’s my favorite song on the record,” Walden says. “I wrote that song for my mom. There was always something that took us down a peg. But if she hadn’t gotten back up every single time we got knocked down, I wouldn’t be where I am. And I wouldn’t be the person I am.” The track combats the sadness with a sonic message that lifts listeners up, invoking hope rather than sadness.

And that’s the beauty of Peach Club. At its core, the record represents more than just a sonic shift and sincere step forward. It represents the fact that Emarosa is exactly where they want to be, and it embodies the band’s growing family listeners. It’s a brave record that sees Emarosa showing their fans where they’re going and inviting them to join them on the journey.

Too Close To Touch 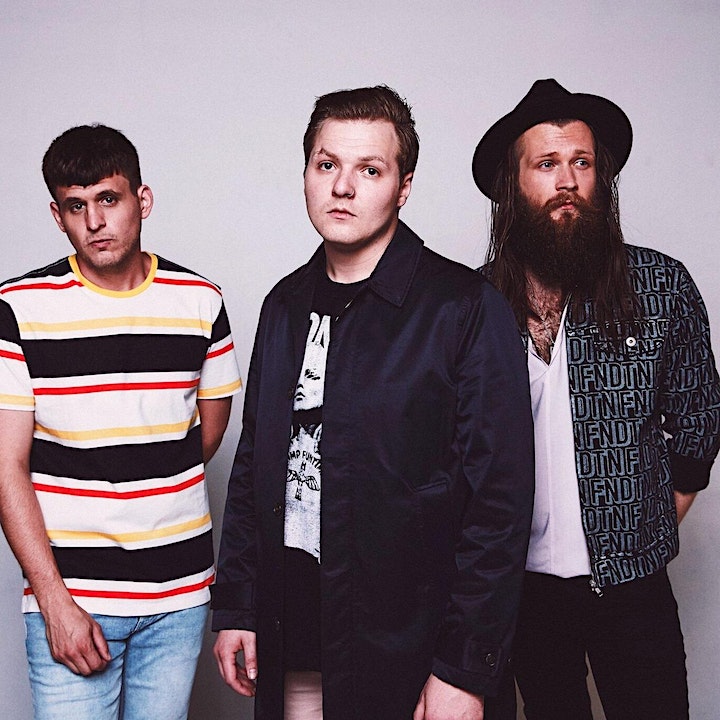 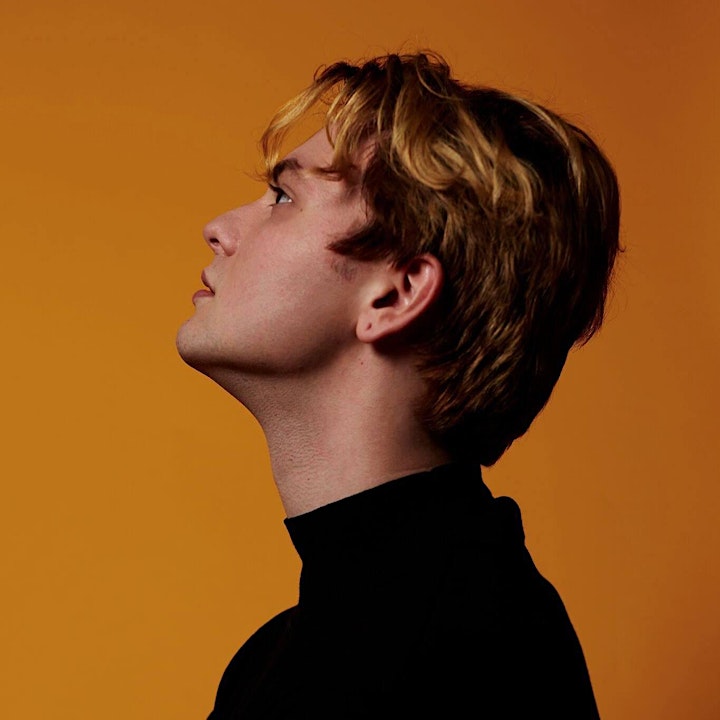