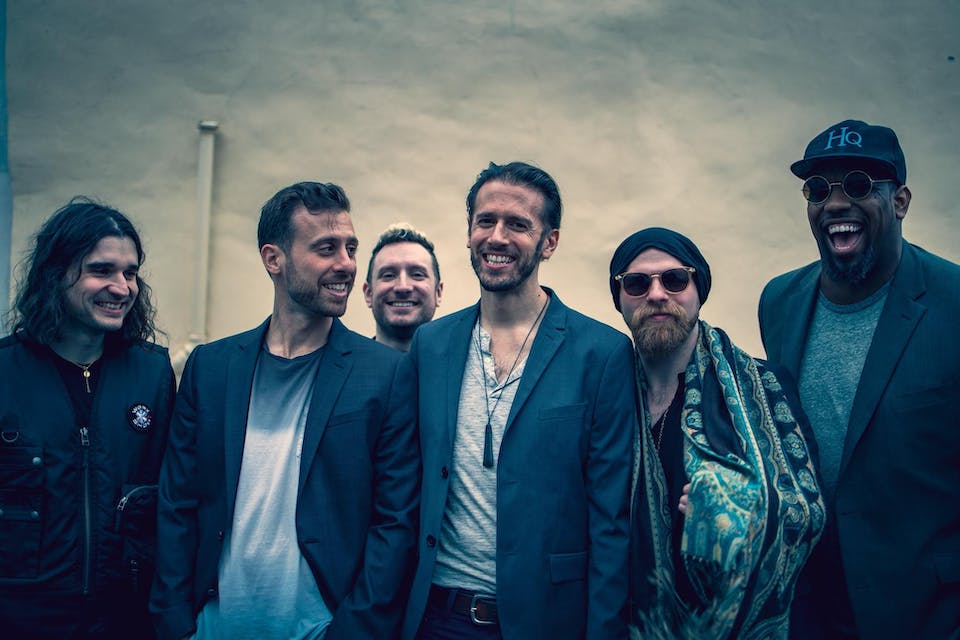 The Reign of Kindo

Kindo (The Reign Of Kindo) has become one of the most unlikely phenomenons to infiltrate the modern music world. Almost ten years since their debut EP hit #5 on the Billboard Middle Atlantic Heatseekers chart in 2007, this band has only just begun to emerge from their decade-long journey from rags to... better rags with resumes. In an industry where big money and privilege can buy you radio play, TV appearances and audience, Kindo managed to rack up over 3 million views on youtube, over 2.5 Million Spotify plays, & Sell over 30,000 records across the globe, all without the help of any major label. It has become evident, theirs is the sort of sound that so many music lovers are eager to discover and enjoy.

The band has become prolific in recent days; writing and producing a brand new song every month since late 2016. These efforts are made possible by a continually impressive showing of support from their most devoted fans on Patreon. (Patreon.com/thereignofkindo) Patrons receive a brand new song each month, at least a year before it is compiled onto an album to be released in the marketplace. The best of the patreon songs made up their latest album 'Happy However After' released in April of 2018. This new body of work is a continued exploration of neo-soul, post-rock, R&B as well as the next chapter in the story of their unique blend of sounds.

It's worth noting that every Kindo track since 2006 has been produced in-house by the band, engineered & mixed by frontman, Joey Secchiaroli. This allows the band to create without compromise. The music is made solely with the band & it's fans in mind.

Kindo's sound can be heady and refined like contemporary jazz, but not without the grit and backbone grooves of rock riffs and and pop vocals.

It is driven by jazz-influenced piano & keys (Robert Glasper meets Hiromi, meets Dave Brubeck), in a body of polyrhythmic - rock 'n groove drums (Mutemath meets Pat Metheny Group meets Radiohead), sophisticated blues rock bass grooves (Pino Palladino meets Stone Temple Pilots) and an expressive but pop-sensible vocalist (Justin Timberlake with Jamie Cullum & Jeff Buckley tendencies). Not to mention a supporting cast of guitars that make sure to span the gamut of genre bending that each song calls for. (Too many different artists to reference efficiently. Not that a bio this long could be considered efficient by any means, but you get the point.)

It is Piano-Driven Alt-Jazz, and keeps the mistress of Latin and R & B close by its side. It's members can shift and change, but it's sonic mantra remains. It is a musical playground.

In 2006, the band released TROK-EP, as well as their debut full length - Rhythm, Chord & Melody on OneEleven Records (owned by former 90's boy band member, Brad Fischetti of LFO). Not long afterwards, Rob Poland released the band's latest two full lengths, as well as two 8-bit remix albums (remixed by the bands own Steven Padin & Mike Carroll) on his internet-famed instrumental guitar label, Candy Rat Records. The band has sold out venues across the globe in places like Tokyo, Rio De Janeiro, Sao Paulo, NYC & Los Angeles. They've shared the stage and the road with a wide variety of world-class artists such as Andy McKee, Cynic, Paul D'Amour of TOOL and his band 'Lesser Key', Scale The Summit, MONO, as well as Matthew Santos (who wrote and sang hooks for Lupe Fiasco), just to name a few.

From the band's humble blue-collar beginnings in the rust belt town of Buffalo, NY, Joey Secchiaroli (Vocals & Guitar), Jeffrey Jarvis (Bass) & Steven Padin (Drums) have since made the difficult move to NYC where they now produce music professionally, and tour internationally with Multi-platinum artists (Vertical Horizon, Gin Wigmore). Additionally, Joey does the music scoring and sound design for Michael Bay's new graphic novel company '451 Media', and is the Director of Audio & Music at End Of Era Studios in Midtown, Manhattan. Danny Pizarro (Piano & Keys) is an actual real life hero serving as a Buffalo firefighter. Every day he puts his very life on the line to save countless civilians from gunshot-wounds to drug-overdoses, to blazing infernos. When he's not putting out fires, he's producing artists and is the music director at his father's church. GC (Geraldo Castillo) holds down all things percussive and is one of the most sought after percussionists in the Buffalo area. The boys met Brooklynite, John Baab (guitar) shortly after their move to the metropolitan music mecca. Johnny performs professionally all over NYC as well as the globe with a wide variety of world class musicians. Rocco DellaNeve (AKA Rocco of the Snow) has been writing and touring with Kindo on Keyboards & vocals since 2016. Rocco is also an avid composer, engineer & voice talent and brings a synth-laden palette to Kindo. Most recently, Kendal Lantz has joined the fold on drums. His incessant energy and talents have found an appropriate home in this group.

Based out of Northern California, Adrian Bellue is an international performing and recording artist that utilizes unique fingerstyle techniques with acoustic and electric guitar to compose beautifully intricate and progressive music. Having recorded his second solo album with acclaimed guitarist and producer Antoine Dufour in Montreal, Adrian inspires audiences around the world with his captivating and dynamic performances. Now approaching his third release, Adrian debuts his new double disc with CandyRat Records, recorded and produced by Antoine Dufour, featuring solo acoustic finger style and his new trio on a second disc.

From Bangkok, Thailand and Stockholm, Sweden