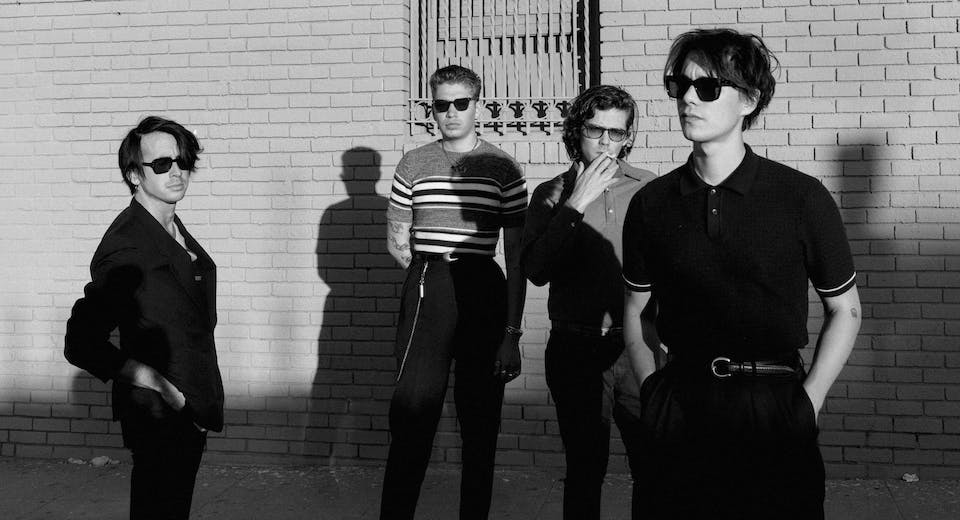 iCal
Google
Larimer Lounge Presents The Buttertones on Thursday, May 21-- 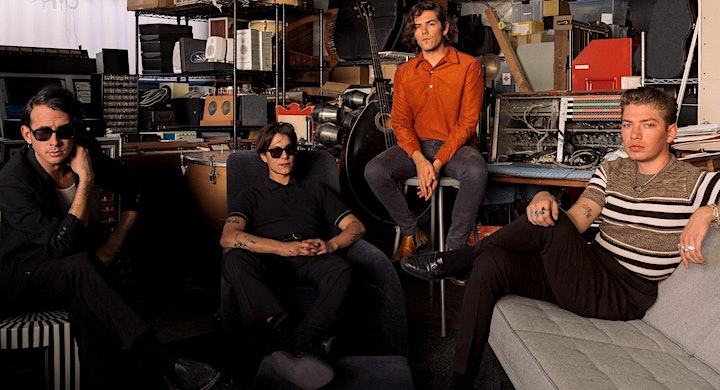 Before settling in to make Jazzhound, their most extravagant, ambitious, and fully realized album to date, the Buttertones had to face the hounds of real life. Prior to a headlining summer tour in support of 2018’s Midnight in a Moonless Dream, a fiery blast of an album capturing the band at their purest distillation, drummer/multi-instrumentalist Modesto ‘Cobi’ Cobiån had a sudden and serious medical scare involving his eye, requiring emergency surgery. He lost half his vision (it will hopefully return with a future operation), and the tour had to be cancelled. Music took a backseat for the time being. “It gave us some perspective on our health,” says bassist Sean Redman, “and the fact that we have to look after ourselves and one another first, or else the music just can’t happen.” Cobiån, Redman, and vocalist/guitarist Richard Araiza have been playing together for seven years now, having first come together for a self-titled debut in 2013; along with London Guzman on sax and keys, they’ve come to establish themselves as one of L.A.’s tightest groups, conquering stages from Coachella to Tropicalia. When one of their own had a scare, they rallied around him—and used the experience to come together stronger than ever for the record they were getting ready to make. “He says the eye patch adds charm to his character,” jokes Araiza, who led the Buttertones back into writing mode, taking the reset moment to really focus on the approach and style of the record. The material he was working on took the band forward into a heavier sound—and it also brought them back to the spark of their first album. “It allowed us to go back to the roots and the spirit we had when we started,” Redman considers. “We are kind of a new band, in a lot of ways, is what it feels like.” 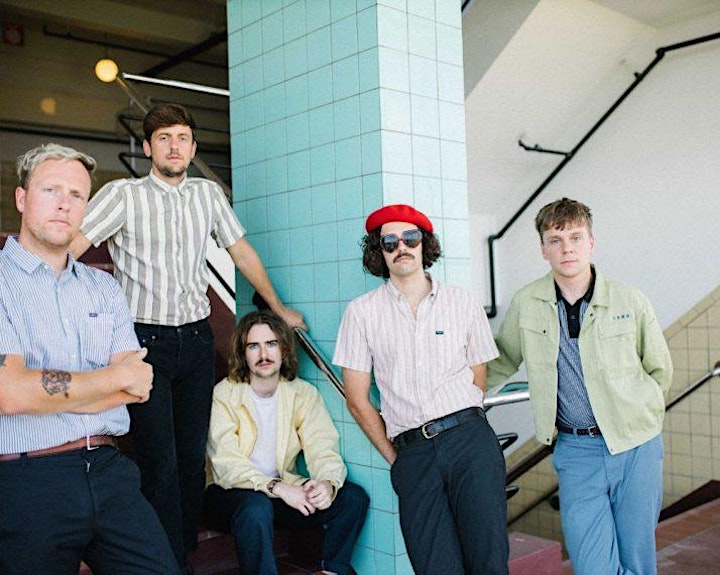 Rotterdam-based fivesome Iguana Death Cult initially made their mark with giddy, hard-hitting garage punk and a miasma of acid-drenched psychedelics, only to blossom into an all-embracing unit that implements frameworks of post-punk, krautrock, new wave, soul and disco.

The band’s sophomore album Nude Casino, out October 25 on LA imprint Innovative Leisure, holds aloft a more cerebral and absurdist side of their songwriting. For a band as combustible as Iguana Death Cult, only a deep and long-lasting friendship could supersede the sheer musical discord festering from within. Growing up together in the small town of Willemstad, the group formed when singer/guitarist Jeroen Reek decided to finally unite two of his mutual friends: guitarist Tobias Opschoor, aspiring guitarist Justin Boer and drummer Arjen van Opstal.

Though Reek was teaching Boer, who is two years his senior, the guitar, a rock band with three guitarists seemed highly impractical. So the band insisted that Boer should take up the bass instead. At first, he did so begrudgingly, but with a deadline of three months till their very first show, he quickly learned to embrace it.

The foursome camped out in an old powder house: quite a treacherous place for fervent, guerilla-style rehearsals, as the slightest spark could make the roof go kaboom. Indeed, Iguana Death Cult’s frenzied beginnings are indicative of their current form: a barely contained force that takes all hands on deck to properly navigate. From that dark bunker all the way to SXSW, they are a great case study on the ways headstrong dilettantism and crafty classical chops can skirmish and thrive.

At first, Opschoor could play flamenco flourishes with nimble precision but not a blues riff to save his life, whereas Reek was exactly the other way around, hustling his way up from a primeval punk rock pedigree to more refined stylistics of vintage soul, psychedelic rock and Art Blakey-style acid jazz. Somewhere they met halfway, just like Boer’s brawny bass attack is constantly playing checkers against Van Opstal’s jazz-influenced licks. Because of The Netherlands’ tight-knit infrastructure of venues and festivals, Iguana Death Cult’s momentum as a powerhouse live act climbed at a maniacal pace.

Being a band is perhaps one of the few walks in life where work and play mean the exact same thing and Iguana Death Cult’s proactive ethos quickly granted them a steady grassroots following, reaching a summit with 2017’s self-released debut LP The First Stirrings Of Hideous Insect Life. Nude Casino ’s crisper, more unvarnished sonic makeup illustrates a seething skepticism as a counterbalance to the more hedonistic tendencies of yonder. Jeroen Reek gives into his own demented neurosis, ambling between vivid dream states and the constraints of reality. His rapidly developing lyrical prowess is emphasized on the album’s beating heart ‘Tuesday’s Lament’, a five-chapter monologue that wrestles with the strains of mortality and belief, yet still struts with upbeat swagger. Adding a touch of sobriety, both sonically and lyrically, hasn’t stifled Iguana Death Cult’s daredevil ways the slightest, and they make this abundantly clear right from the starting gun.

The mighty triptych of title track ‘Nude Casino’, ‘Bright Lights’ and ‘Lorraine’ was pretty much written simultaneously, a testament to the off-the-chain chemistry the quintet, now joined by Jimmy de Kok on keys, developed over the years. Nude Casino evokes something more claustrophobic and absurdist, tackling themes like sleep paralysis (‘Half Frisian’) and lost innocence (‘Castle In The Sky’). These songs are anchored in earthbound fears, neuroses, and quandaries that have oozed in over the past half-decade. As a result, Nude Casino has become an intrusive, spastic affair; there’s primal energy lurking within even the more propellant, hook-heavy yomps, never more obvious than the cadaverous disco pulse of ‘Carnal Beat Machine’.

Iguana Death Cult embrace the art of rocking the fuck out with all senses and impulses up to eleven, rapturously sinking in their claws, never letting go. And having a mighty good time doing just that.